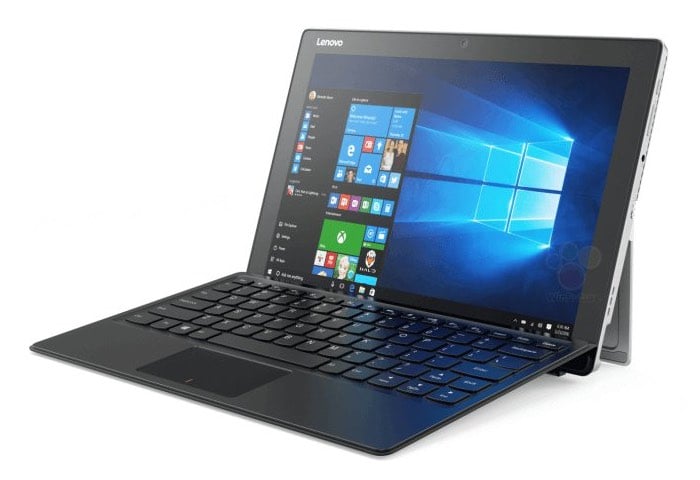 Ahead of any official announcement by Lenovo, details of a new Lenovo Windows tablet have been leaked this week providing a look at the possible specifications for the new Lenovo Miix 510, and revealing that it’s a 12.2 inch tablet offering users a resolution of 1920 x 1200 pixels via its IPS display.

The leaked Miix 510 specifications also reveal that the Lenovo Windows tablet can be powered by a choice of Intel Intel Core i3, Core i5, and Core i7 Skylake processors depending on your requirements and budget.

Supported by either 4 or 8GB of RAM and equipped with either 128 or 512GB of solid state drive (SSD) storage. Other features include connectivity via Bluetooth and wireless 802.11ac support. Together with USB Type-C connector and the ability to install 4G LTE on certain models if desired. Accessories for the Miix 510 tablet will be available in the form of a detachable keyboard and also a digital stylus offering 2,048 levels of pressure sensitivity.

As you might’ve already guessed no information on pricing or launch dates have been released as yet by Lenovo for the Miix 510 Windows 10 tablet but as soon as more official details are released in the coming weeks we will keep you up-to-date as always.