Leaked photos of three new tablets created by Lenovo have been published this week suggesting that the company is gearing up to launch a new range of mobile devices in the form of the Lenovo IdeaTab A7, A8, and A10 tablets.

The Lenovo IdeaTab A7, A8, and A10 Android tablets have yet to be officially announced by Lenovo, but the Italian website Eeevolution published the leaked photographs this week providing us with a first look at the new devices. 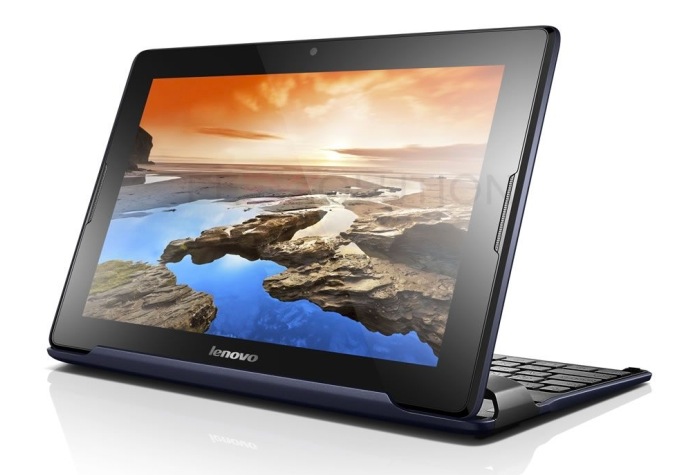 Unfortunately photographs are the only details we have currently about the new range of Lenovo Android tablets and no specifications are available as yet. But as you can see from the photographs the Lenovo IdeaTab A10 is fitted with a keyboard dock that allows you to transform the tablet into a laptop style device, which is fitted with a 10 inch display together with front and rear cameras and front facing speakers.

There is also an indication on the keyboard thanks to a Windows key that the larger A10 tablet might also be available running Microsoft’s Windows 8.1 operating system. However nothing has been confirmed as yet by Lenovo. But as soon as anything is or leaked regards the new tablets specifications we will keep you updated as always.