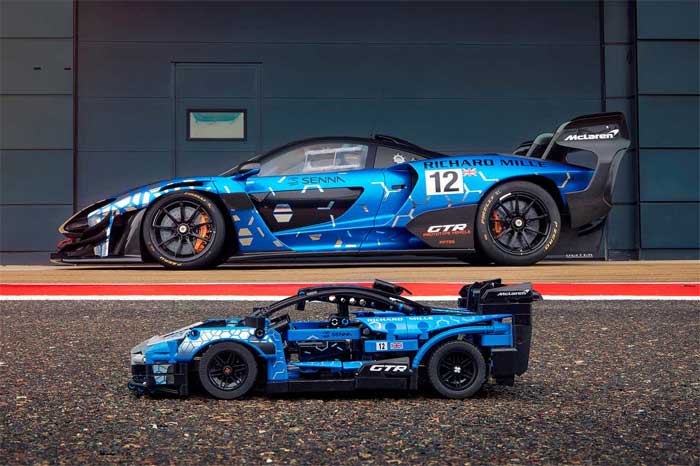 One of the most expensive hypercars on the market is the McLaren Senate GTR. The car is extremely rare and very expensive, meaning the vast majority of people will never see one, much less own one. Lego has unveiled its latest Technic kit allowing anyone to build and own the Senna GTR.

The building kit features 830 pieces to construct the car. It aimed at everyone age ten and older. Lego fits the cat with a V-8 engine with moving pistons, aerodynamic curves, opening dihedral doors. The model is blue and, when complete, is 12-inches long.

The kit will launch globally on January 1, 2021, via Lego stores and other retailers. McLaren will also sell it directly with the model costing $49.99 wherever it’s picked up.