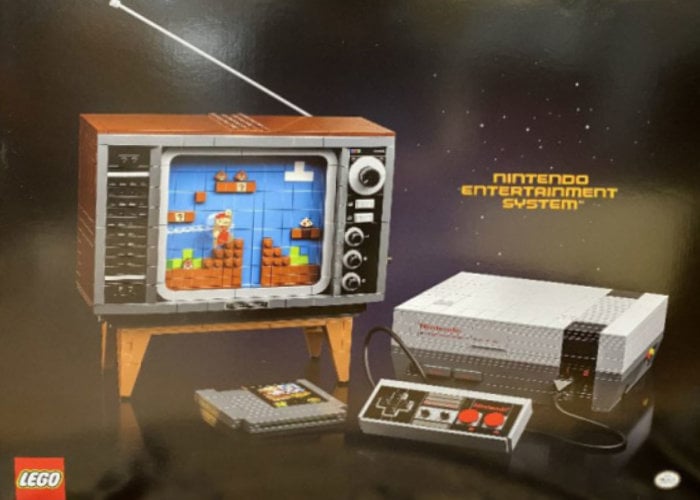 LEGO has been teasing a new set this week via Twitter in the form of a LEGO NES console, created in collaboration with Nintendo. Unfortunately once built the NES console is not playable but still offers a full-size replica of the original NES.

The LEGO NES set also comes complete with a gaming controller, cartridge and TV you can build with Super Mario Bros displayed on the screen. It seems the set will consist of 2,646 pieces and is expected to cost €229 according to the Promo Bricks website. The LEGO NES console TV also has an area built in to which you can mount Mario from the existing Lego Mario set.

Are you ready to play like never before? pic.twitter.com/XuNFD7rP0B

As soon as more details released by Nintendo or LEGO regards availability and exact pricing we will keep you up to speed as always.