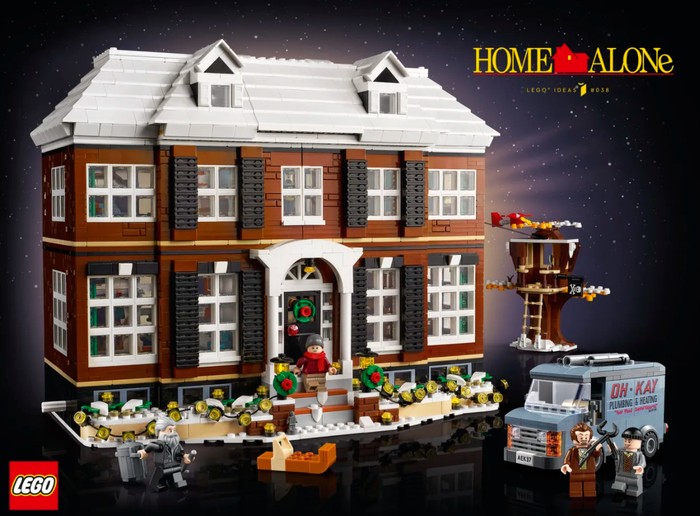 Home Alone fans are sure to be pleased to know that LEGO has unveiled a new monster of a LEGO kit inspired by the Home Alone movie that premiered back in 1990 and starred Macaulay Culkin. The new LEGO Home Alone set comprises 3,955 pieces and comes complete with five LEGO mini figures, allowing you to re-enact the events as they unfold and make up alternative stories using the kit. 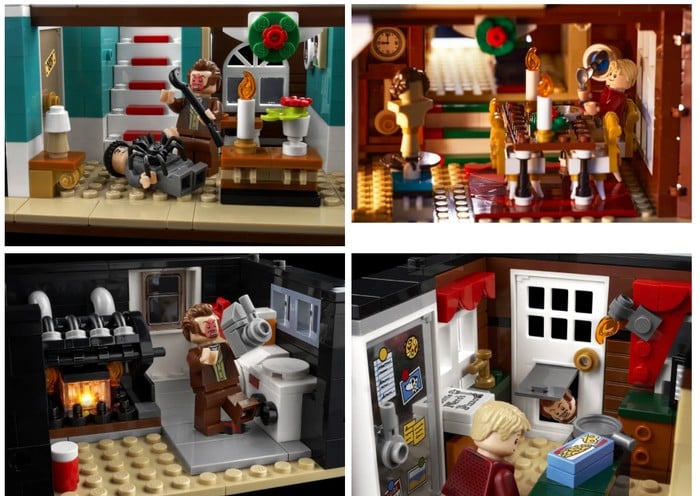 “This Ideas set was designed and submitted by fan Alex Storozhuk. Obviously a big fan of the Home Alone movie, Alex used an online blueprint for the McCallister’s house, as well as the film itself, to build the initial model in LEGO Digital Designer and Studio 2.0. He focused on keeping things as close to the original plan as possible, while also keeping things to scale. He describes the second floor as the greatest challenge.

On the LEGO side of the fence, designers Antica Bracanov and Enrique Belmonte Beixe were responsible for transforming Alex’s vision into a physical set. They were able to expand things with the basement, as well as some Home Alone 2: Lost in New York Easter eggs. (I haven’t seen that film, so feel free to call them out in the comments if you spot them!) Kirsten Bay Nielsen handled the graphic design, including probably the most unusual dual-face expression in LEGO’s history on the Marv minifigure.”

Jump over to the Brothers Brick website by following the link below for an in-depth review of the new LEGO Home Alone set which will soon be available to purchase from November 1st 2021 priced at $250.