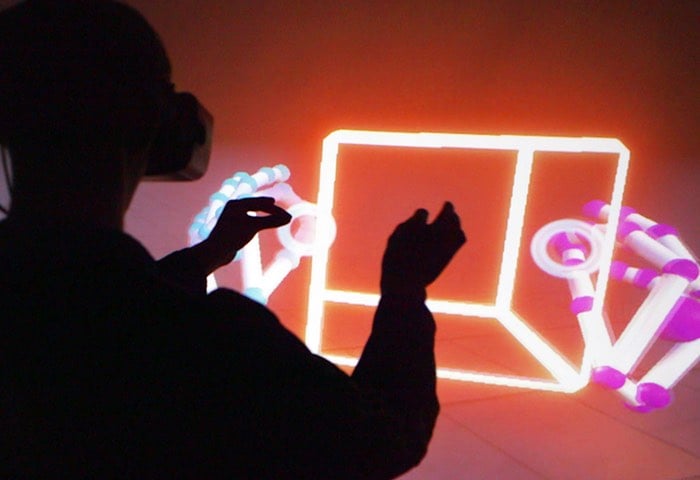 Leap Motion the company behind the amazingly sensitive hand tracking hardware have this week unveiled a new system in the form of a hand tracking engine that has been specifically designed for use in virtual reality applications.

Named Orion the new virtual reality hand tracking engine has been constructed from the ground up specifically for VR and builds on the original hand tracking device the company unveiled a few years ago. Check out the demo video below to learn more.

Originally the company was focused on developing a desktop solution that would sit in front of your computer, now the company says that it is 100 percent focused on virtual reality applications and more to head mounted suggested tracking devices which allow VR systems to track the position of users hands. Features of the new Orion Leap Motion virtual reality hand tracking engine include :

– Orion starts tracking faster, and keeps tracking farther, with lower latency, and in situations where no previous software could keep up.

– Incredible progress has also been made in separating the hand out from cluttered backgrounds, allowing you to bring your hand close to or even in contact with other surfaces. This advance has also improved performance in all lighting conditions, making it extremely difficult to find an environment where you won’t have high precision hand tracking.