A majority of iPhone 6 rumors we came across hinted at the launch of the device with a larger display, possibly two versions: one with 4.7-inch and other with a 5.7-inch.

The device is rumored to ship with iOS 8 as its operating system, which we’ve seen on some occasions in the past. Recently, an alleged screenshot was posted on Weibo, expected to be iOS 8 running on a large screen device. 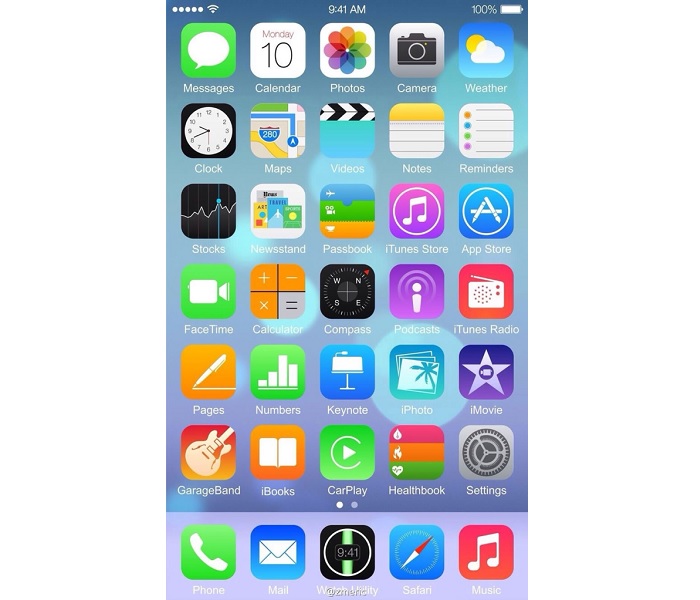 The screenshot shows a different arrangement of icons — follows a five rows and seven columns layout, compared to 4 by 6 row layout on the 4-inch iPhone 5S and 5C. Additionally, the image posted on Weibo had a rather strange resolution 1,600 x 966 which doesn’t represent any current Apple device, iPhones or iPads.

It could be the latest iOS 8 running on the alleged iPhone 6 with a larger display, but there’s no way to confirm if the screenshot is legit or not, or if its running on the 4.7-inch device or 5.7-inch one.

Apple is rumored to launch the new iPhone in September later this year, but there’s no official word from Apple so a grain of salt is required to digest this.