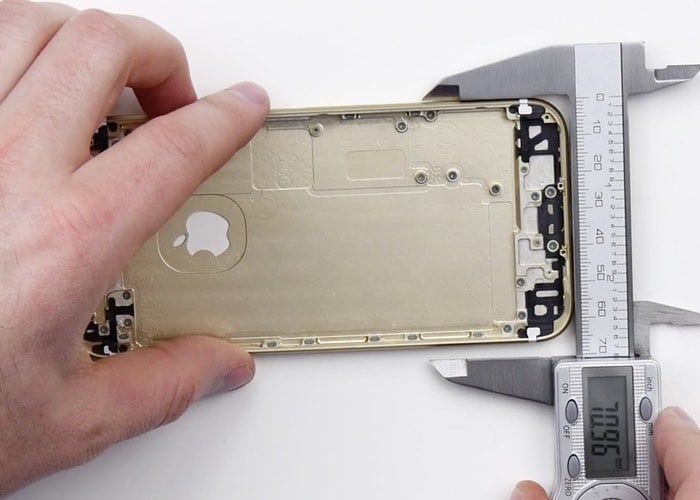 To prevent any repercussion of the events of last year and another Bendgate, after the larger iPhone 6 Plus smartphones were bending in users pockets.

It seems that Apple is taking extra precautions to prevent bending in their new device and has upgraded the upcoming iPhone 6S case backplate, according to a leaked sample that has been analysed by the Unbox Therapy website.

In the video below created by Unbox Therapy you can see the differences between the existing iPhone 6 backplate case and the new leaked iPhone 6S backplate that is expected to be used on the new smartphones that Apple is rumoured be announcing on 9th September.

Apparently the new iPhone 6S case is thicker all round measuring 1.99mm thick almost double that of the existing 1.14mm iPhone 6 case. Extra strength has also been added near the power and volume buttons where the iPhone 6 Plus was weakest.

Even with the thick casing Apple have been able to remove 2g from the weight of the case when compared to the old iPhone 6 case. As always nothing has been confirmed by Apple at the current time and as soon as any more information becomes available we will keep you updated.