A new image has been uncovered that could be the first glimpse of Sony’s new NEX-7 digital camera currently under development. The image below has been posted by the Sony Alpha Rumours website and was obtained through a close source.

The image is thought to be a preproduction photograph, so the final NEX-7 camera might look a little different once launched. Its thought that the new NEX-7 will be equipped with a 3-million dot OLED electronic viewfinder and use the same 24 megapixel sensor that Sony used inside their A77 camera. 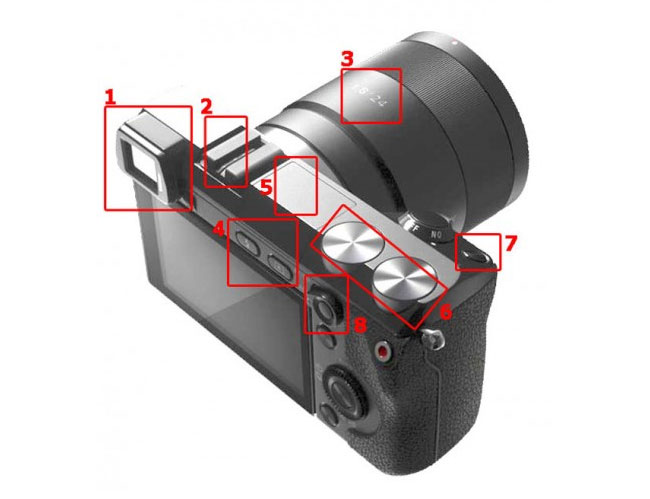 The NEX-7 model in the images is also attached to a Zeiss 24mm f/1.8 lens high lighted by the red box numbered (3) on the above image. Other areas of the camera are also thought to be 1) 3 Million dot OLED EVF, 2) Hot shoe, 3) 24mm f/1.8 ZEISS, 4) Flash and the Image preview buttons, 5) Pop-Up flash, 6) Manual Aperture and Shutter Speed controls?