Borderland fans equipped with iOS devices will be pleased to learn that leaked information has revealed that the new Borderlands Legends iOS game will be arriving in the iTunes App Store later this month.

The new iOS Borderlands Legends game has been developed by Gearbox and will star Borderlands heroes Mordecai, Lilith, Roland and Brick, each with their own unique skill tree. 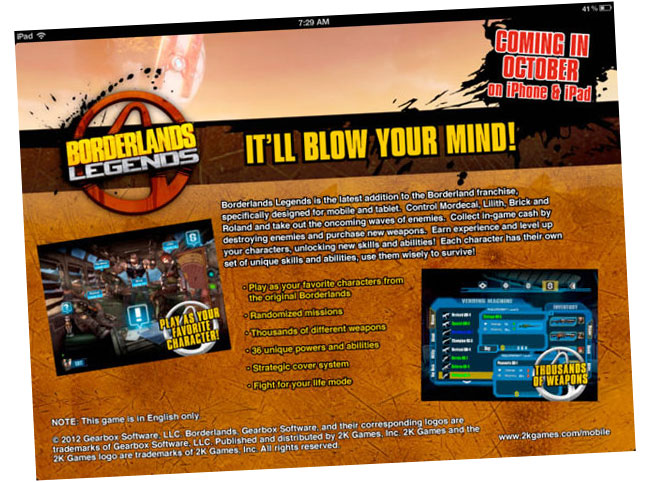 Together with thousands of weapons to collect, and the game we enable players to kill enemies for cash, buy weapons, earn experience, level up and unlock new abilities.

No official word on the new iOS games release date has been announced by Gearbox at the present time, but the leaked digital strategy guide which was spotted over on the Gearbox forum has revealed all.