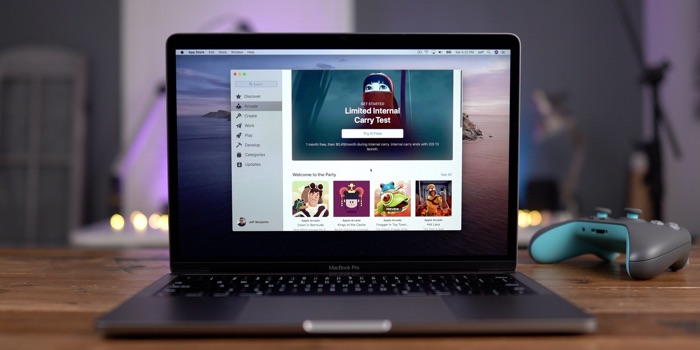 The new Apple Arcade is coming in the fall, yesterday we heard that Apple would be charging $4.99 a month for it and now we get to have a look at what it will be like.

9 to 5 Mac have managed to get their hands on the early access beta for Apple Arcade and created a great video which gives us a look at Apple’s new subscription gaming service.

Apple’s subscription gaming service will be available on the Mac, iPhone, iPad and also the latest Apple TV, you will be able to continue your game from one device to the next.

There will be 100 games available on the service at launch and Apple will offer it with a one months free trial, after that it will cost $4.99 a month. This pricing has yet to be confirmed by Apple, but from what we have seen so far it is correct.

We had thought that Apple may charge around $4.99 a month for their gaming service, so the $4.99 price may get lots of people to try it out as it is lower than many people had expected. The price gives up to 6 people in a family sharing account access to all the games, so this would end up being a good deals for families.

Apple are holding a press event for the iPhone 11 next month and we are expecting to find out when Apple Arcade will launch, this event is rumored for the 10th of September.