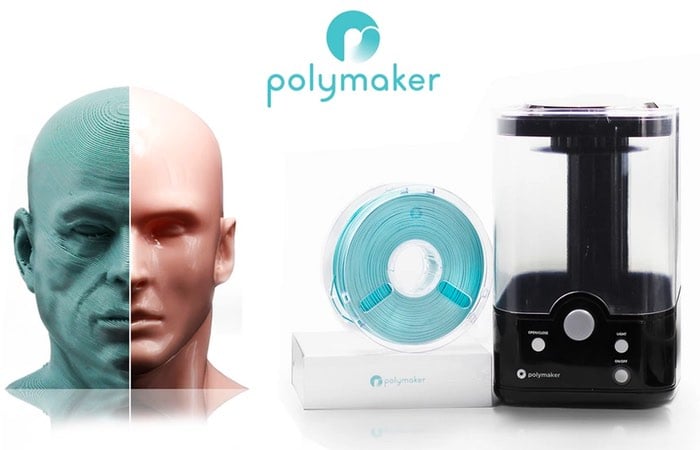 Creating 3D prints on filament 3D printer will leave a layered effect that can be spotted even at high resolutions. However one company is now looking to change this and Polymaker has unveiled its new PolySmooth filament and Polysher 3D print polishing unit.

Watch the video below to see how the company has designed a system that will allow you to blend the printed layers and providing an amazing glossy finish to your 3D printed objects. 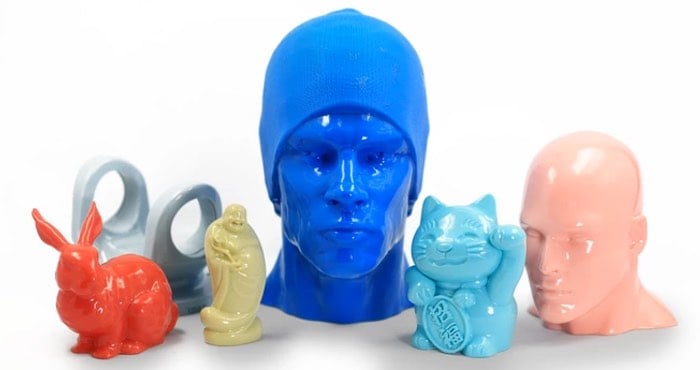 Polymaker, the Shanghai-based 3D printing company well known for its high performance 3D printing materials, is now preparing to launch the PolySmooth and the Polysher system filing Kickstarter crowdfunding campaign later this week on April 25th, 2016. With shipping expected to take place during September 2016. In the meantime you can learn more from the official Polymaker website via the link below as well as preview the Kickstarter campaign.

3D printing has witnessed significant advancement over the last couple years. Now we can print bigger, faster, and with a much wider choice of materials. However, one challenge still remains unsolved even today, that is, the surface quality of 3D printed parts. At Polymaker we always want to make 3D printing more useful; we want to see 3D printing in real-world applications rather than being used just to print useless trinkets. This has always been our core mission. We, therefore, challenged ourselves to solve this difficult problem. Today we are here with an affirmative answer. We are excited to introduce to you our latest innovation – PolySmooth PVB and Polysher – an entirely new solution to dramatically improve the surface quality of 3D printed parts.

The core of the technology is the material – PolySmooth, which gives excellent printing characteristics, balanced mechanical properties, and most importantly, “polishability” when exposed to common alcohols such as isopropyl alcohol or ethanol. The polishing process involves exposing a 3D printed part of PolySmooth to an aerosol (a suspension of micro-sized droplets) of alcohol.

The aerosol is generated by a unit called the nebulizer, which consists of a thin membrane with hundreds of tiny (< 10 microns) holes, attached to a piezoelectric actuator. When actuated, the nebulizer will generate a fine aerosol of micro-sized alcohol droplets, which will then adsorb onto the surface of the 3D printed part and eventually make it smooth. Everything is done seamlessly and effortlessly in the Polysher.