Turns out a big fan of CERN from faraway Denmark has done the unthinkable. A short while ago during the aftermath of the latest hysteria involving the Higgs boson, science nerd Sasha Mehlhase decided to build a scale model. Seen below is the fruit of many days’ labor, requiring a comprehensive 3D model and a few thousand Euro worth of LEGO blocks. 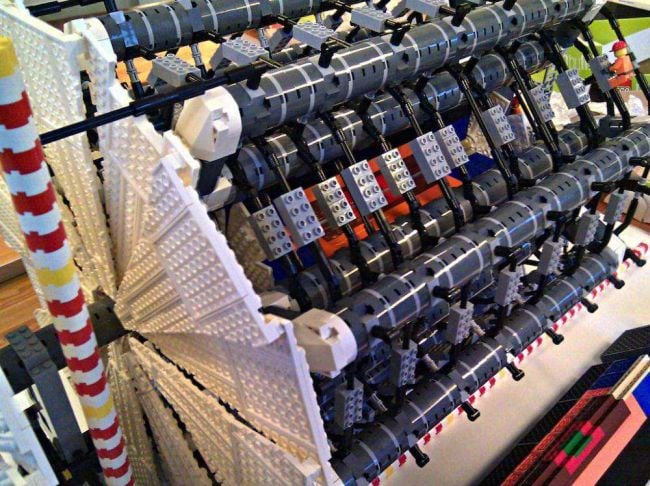 The resulting scale model is the Atlas detector, which is the widely known part of the vast CERN complex. For an awesome pic of the original, go here.

According to Mehlhase, he spent two days creating a 3D model on his laptop before getting to work. The end result has been applauded by his colleagues and more than a few fans.