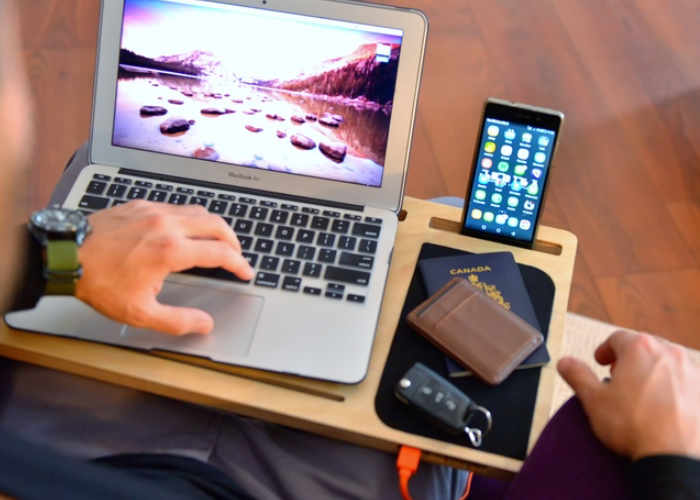 Innovation Syndicate has this week released a new laptop mobile workstation which is equipped with built-in charging technology and provides a portable way to enjoy using your laptop and desktop mouse in comfort whether on your couch or in the office.

Watch the video below to learn more about the LapPadGo+ which builds on the original LapPad system which was successfully launched by a Kickstarter and has now once again been launched to raise the funds to take this new generation of workstation into production.

The developers of LapPad and LapPadGO+ explain a little more about what you can expect from their latest device and its new charging system.

We envisioned a future where we are not confined to working in a fixed station — a future that is already happening. Computers are increasingly thinner and more portable, smartphones and tablets are daily parts of our lives and the migration of companies allowing remote-working has become key to better life-management. Your work takes up a huge amount of your time, so it is only fair that you do it on your own terms.

Grab your laptop, tablet, phone and work wherever you want. The LapPad will bring it all together. The best part? You can use them ALL at the same time and for longer, because we’ve now re-designed it to, not just hold your devices, but charge them too. So play your favorite video game on the couch, work wherever you want or take a movie break in bed. As long as you have a LapPad, the possibilities are endless.

For more information on the new LapPadGO+ jump over to the Kickstarter website for details by following the link below.