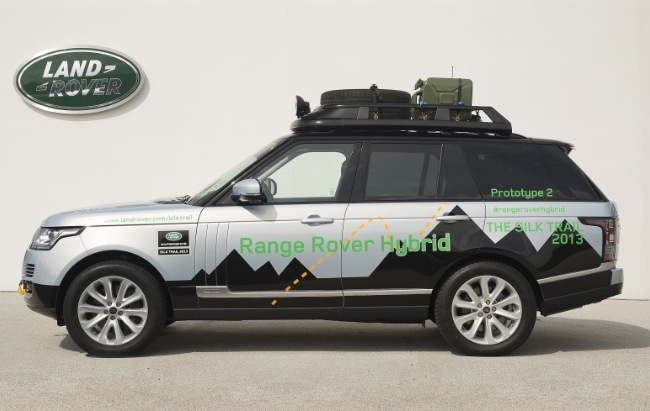 The new Land Rover Range Rover Hybrid vehicles will be embarking on a ‘Silk Trail 2013’ 16,000km expedition visiting 12 countries and tackling some of the world’s most challenging roads, passes and trails, as well as part of the ancient, 4,000 mile Silk Road connecting Asia with the Mediterranean, to demonstrate the capabilities of the new hybrids Land Rover vehicles.

The new Land Rover Range Rover Hybrid vehicles featuring the Hybrid powertrain for Range Rover and Range Rover Sport models will be on sale from September 10th 2013, with shipping starting in early 2014.