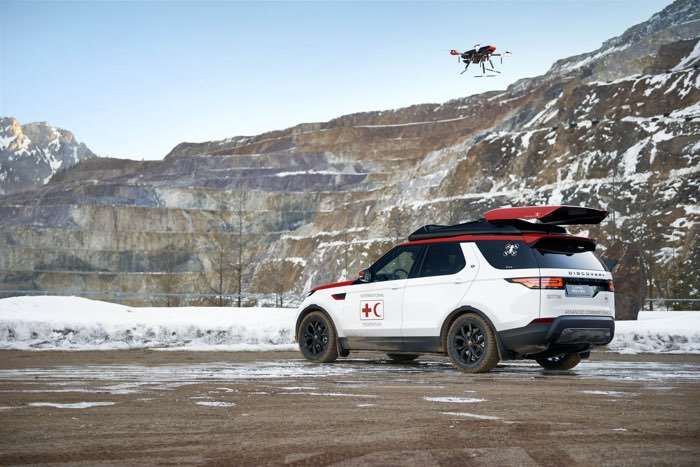 Land Rover has shown off a special version of their Land Rover Discovery at the Geneva International Motor Show, the vehicle is called Project Hero and it is designed for search and rescue.

The Land Rover Discovery Project Hero will be used by the Austrian Red Cross, it was designed by the Jaguar Land Rover Special Vehicle Operations unit. 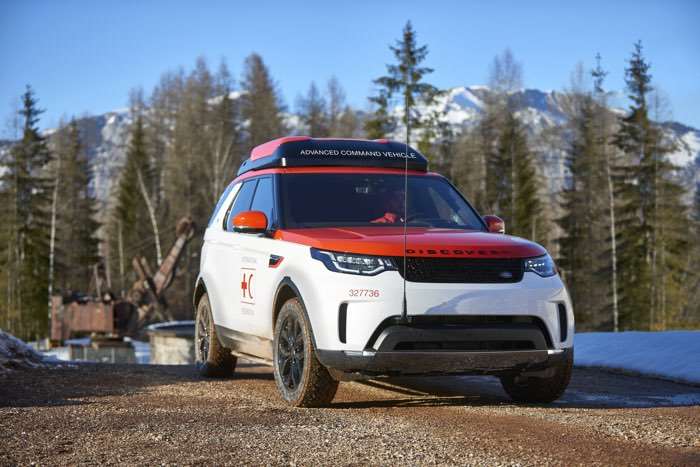 Project Hero is an advanced communication vehicle, created to support Jaguar Land Rover’s partnership with the International Federation of Red Cross and Red Crescent Societies (IFRC), the world’s largest humanitarian network. SVO collaborated with the Austrian Red Cross to develop a unique Land Rover that will be trialled by their emergency response teams. It is hoped it will help the Red Cross save lives by speeding up response times to disasters.

Land Rover has supported the Red Cross since 1954 and supplied120 vehicles to the IFRC for deployment in all corners of the globe. Project Hero is the first with a roof-mounted drone. A fully integrated landing system featuring self-centring and magnetic retention technology is a world-first that enables the drone to land on Project Hero when the vehicle is in motion.

The new Discovery Project Hero will be based at the Austrian Red Cross training center in Erzberg and also in Vienna for 12 months from June, you can find out more details at the link below.