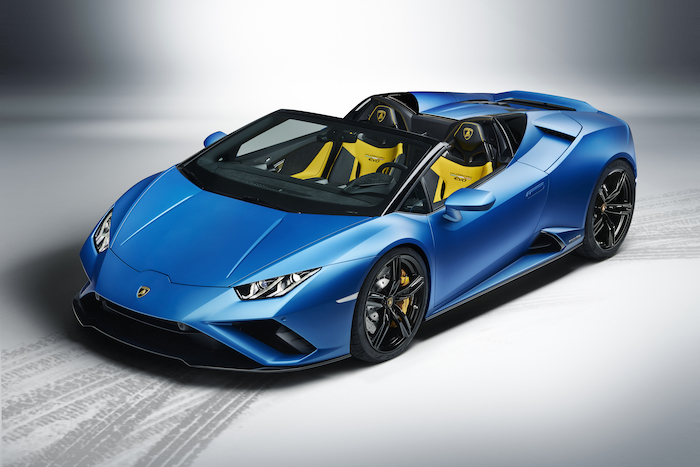 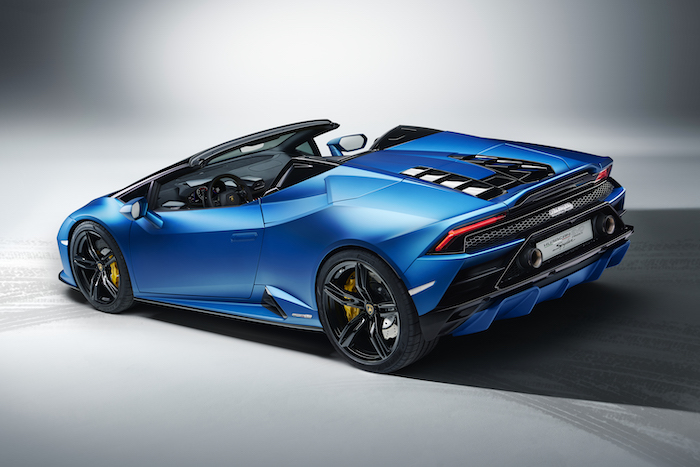 The Huracán EVO RWD Spyder is specially engineered as an instinctive driver’s car, still producing top performance figures but focused on the pilot’s skills and the set-up of the rear-wheel drive powertrain, providing unfiltered physical feedback and maximum engagement. The specially tuned P-TCS traction control system is designed for adrenalin-producing performance in all conditions, consistently delivering torque and assuring traction even as the Spyder is realigning after sharp cornering or drifting. Especially with the roof down, the driver’s senses are further aroused by the sound of the V10 aspirated engine responding to the throttle during maneuvers.

You can find out more details about the new Lamborghini Huracán EVO RWD Spyder  over at Lamborghini at the link below.