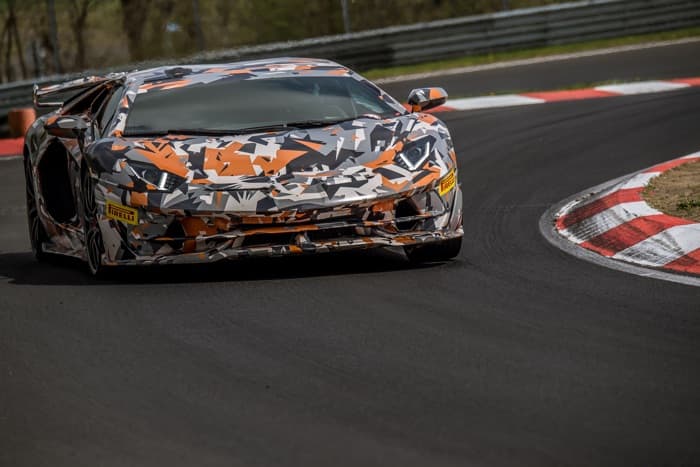 The new Lamborghini Aventador SVJ was recently teased on video at the Nürburgring, the car was shown camouflaged in a video and it has not been revealed that the new Aventador has taken the track record.

Lmaborghini’s new record of 6.44.97 is 2.27 seconds faster than the Porsche 911 GT2 RS and the new Aventador is now the world record holder for the Nürburgring. You can see the new lap record being set from inside the car in the video below.

“The Aventador SVJ takes the Jota suffix, following the Lamborghini tradition for denoting a car’s track-focused talent. This new car is the convergence of Lamborghini technologies to produce a super sports car that transcends current performance benchmarks,” says Automobili Lamborghini Chairman and Chief Executive Officer, Stefano Domenicali. “Its tenure as the Nürburgring lap time record holder, even before its unveiling during the Monterey Car Week in California in August, endorses Lamborghini’s competence in applying superlative design engineering and ground-breaking technologies. The SVJ is a super sports car at the zenith of performance, while also ensuring unrivaled driving pleasure.” 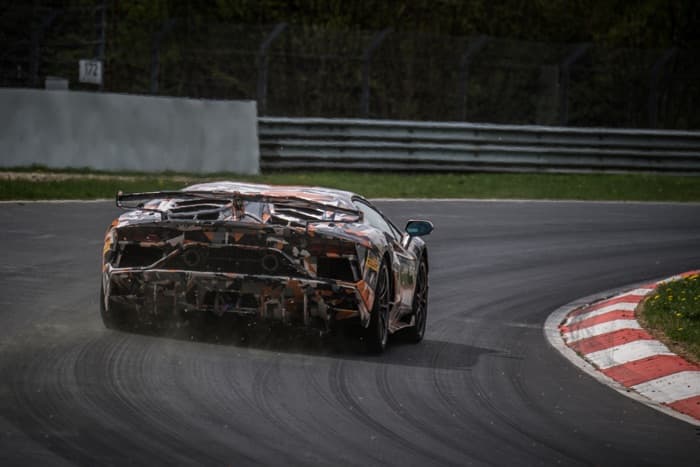 Lamborghini will be unveiling their new Lamborghini Aventador SVJ at the Monteray car week in the US next month, you can find out more details about the car and the new world record at the link below.