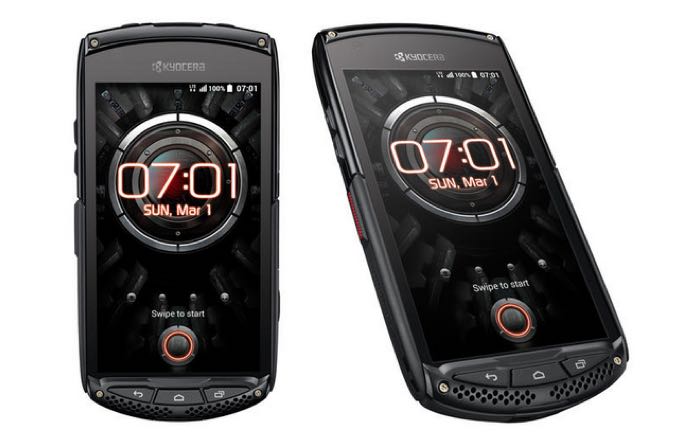 Kyocera is launching a new rugged Android smartphone in Europe, the handset is called the Kyocera Torque and it features similar specifications to the Kyocera Brigadier that launched in the US last year.

The Kyocera Torque comes with a 4.5 inch HD display with a resolution of 1280 x 720 pixels and the handset is powered by a 1.4GHz Qualcomm Snapdragon processor.

Other specifications on the Torque include a 3100 mAh battery and wireless charging and the handset also comes with front and rear facing cameras.

This new Kyocera rugged smartphone is designed to withstand knocks and bumps and it is also waterproof and comes with an IPX5 and iPX8 rating.

Kyocera will be showing off their new rugged smartphone at Mobile World Congress in March and we should have some details on a launch date and pricing next month. This new device is different to the Kyocera Torque that launched in the US back in 2013.