Kyocera just announced the Kyocera Hydro and now we have another new Android smartphone from the company, the Kyocera Rise, which comes with a slide out QWERTY keyboard.

The Kyocera Rise also comes with the latest version of Google’s mobile OS, Android 4.0 Ice Cream Sandwich and it features a 3.5 inch touchscreen display with a resolution of 480 x 320 pixels. 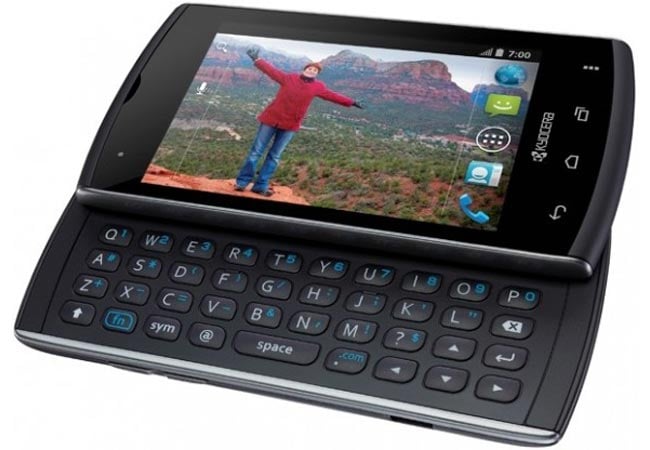 The specifications are similar to the Hydro, excluding the QWERTY keyboard, it features a 1GHz processor and comes with 512MB of RAM, plus 2GB of built in storage.

The Kyocera Rise is also a CDMA device and it comes with a 3.2 megapixel camera with an LED flash, a microSD card slot which can take up to 32GB cards, USB, WiFi and Bluetooth, there are no details on pricing as yet.