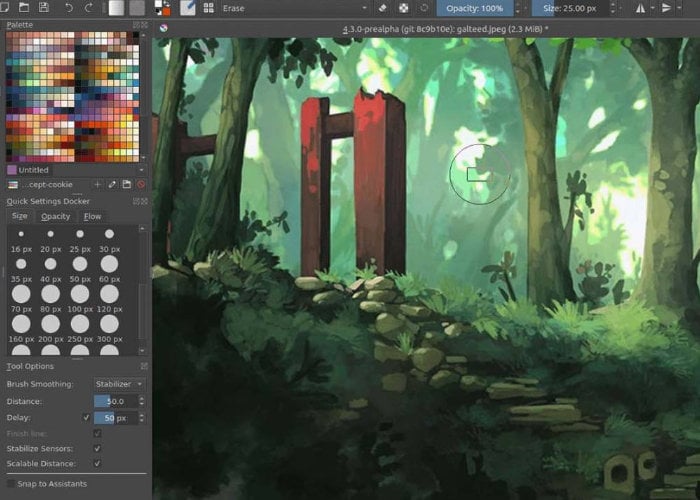 Android and Chrome users searching for an open source digital painting application may be interested in the recent beta release of the popular open-source digital painting app Krita. Expanding on the desktop version the development team have now released both a Chrome OS and Android version, although the application is not currently compatible with Android smartphones.

No trials.
No subscriptions.
No limit to your creativity.

“Thanks to the hard work of Sharaf Zaman, Krita is now available in the Google Play Store for Android tablets and Chromebooks (not for Android phones). This beta, based on Krita 4.2.9, is the full desktop version of Krita, so it doesn’t have a special touch user interface. But it’s there, and you can play with it. Unlike the Windows and Steam store, we don’t ask for money for Krita in the store, since it’s the only way people can install Krita on those devices, but you can buy a supporter badge from within Krita to support development.”

“Krita is a free and open source cross-platform application that offers an end-to-end solution for creating digital art files from scratch. Krita is optimized for frequent, prolonged and focused use. Explicitly supported fields of painting are illustrations, concept art, matte painting, textures, comics and animations. Developed together with users, Krita is an application that supports their actual needs and workflow. Krita supports open standards and interoperates with other applications.”