Kongregate Arcade the Android gaming application that was unceremoniously approved and removed by Google from the Android Marketplace on the same day last week, has now returned after a little bit of tweaking.

Its been exactly one week since the browser-based gaming platform app, that allows you to play over 300 games on your Android device was removed by Google. Before resubmitting the app back to Google CEO Jim Greer and team made some very small but critical adjustments to the apps code. 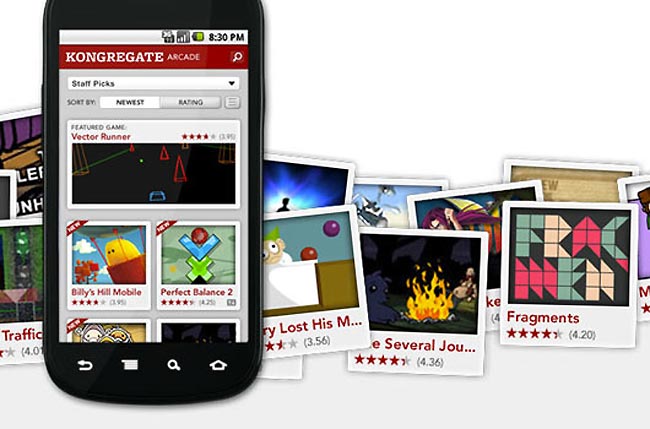 1. The original app played games in a standard WebKit browser, and the app concealed the browser’s address bar. Now, the address bar is visible when the app first loads before it jumps to full screen and remove the address bar from view.

2. Kongregate Arcade now uses the standard browser cache to store its “offline” files rather than “explicitly downloading and managing games on the SD card.” explains Greer.