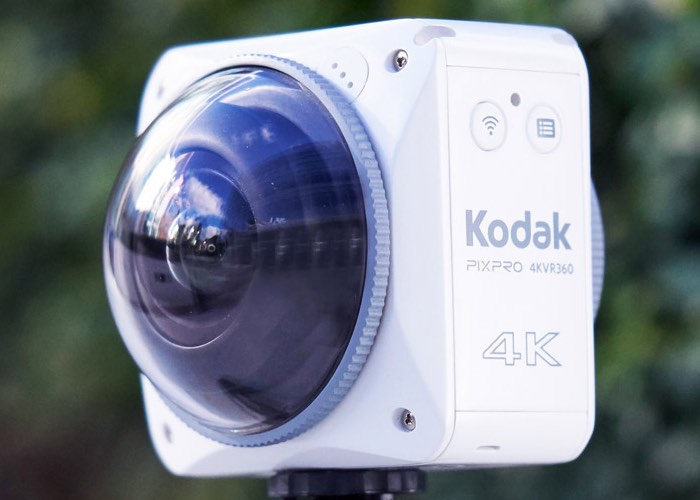 Kodak has this week unveiled their latest 4K action camera which takes the form of the Kodak 4KVR360 which is equipped with 220 megapixel sensors with lenses on both the front and the rear of the camera allowing you to capture full 360 degree virtual reality ready video.

Other features of the new 4K Ultra HD action camera include connectivity via Bluetooth, NFC and wireless connectivity allowing you to control it directly from your smartphone using the companion application.

The new Kodak action camera is capable of accepting up to 128 GB microSD cards allowing you to capture plenty of footage when it starts shipping sometime early in 2017. Unfortunately no information on pricing or worldwide availability has been released as yet by Kodak for the 4KVR360, but as soon as information comes to light we will keep you updated as always.