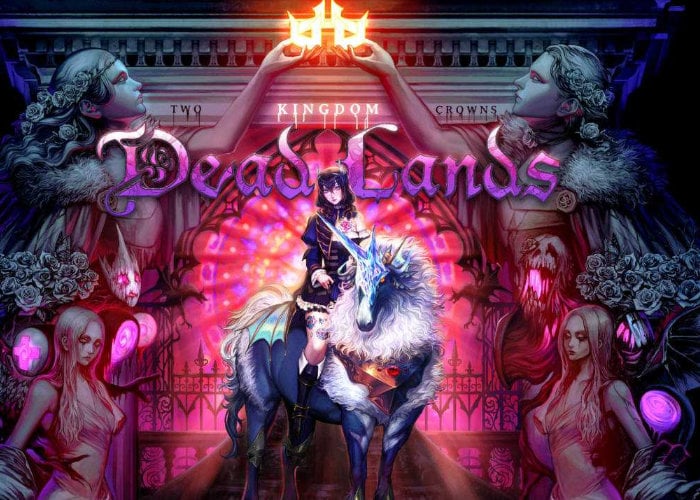 “Since we launched the micro-strategy game Kingdom Two Crowns, monarchs have been building their Kingdoms in the classic medieval and feudal Japan-inspired lands. While we have many ideas on new locations, especially historical settings, our first new setting since launch is inspired by a fan-favorite. Every year in the prequel title, Kingdom: New Lands, we have a Halloween event that our players love. This passion for a spooky setting made us think “what if we actually create something similar but as a full setting and even darker”?

That led us into the idea of making Dead Lands, a gloomy mystical world with eerie mounts and shrouded in darkness. Building a Kingdom has never been more frightening than this! Along the way, we met publisher 505 Games at an indie game event and discovered they are big fans of Kingdom Two Crowns! Now, what’s a game they published that is also set in a dark world? Gothic horror action-RPG Bloodstained: Ritual of the Night, of course — published by 505 Games and created by legendary game developer Koji “IGA” Igarashi (a design hero of mine) and his studio ArtPlay.”

For more details on the Kingdom Two Crowns: Dead Lands Gets a Bloodstained Crossover jump over to the official PlayStation blog by following the link below.