The thing that was cool about the Wii when it first launched wasn’t the graphics, it was the motion controls. Motion controls are popular again this year with the Sony Move system and the Microsoft Kinect. One of the coolest things about the Kinect is that geeks are finding that the controller device is very hackable. 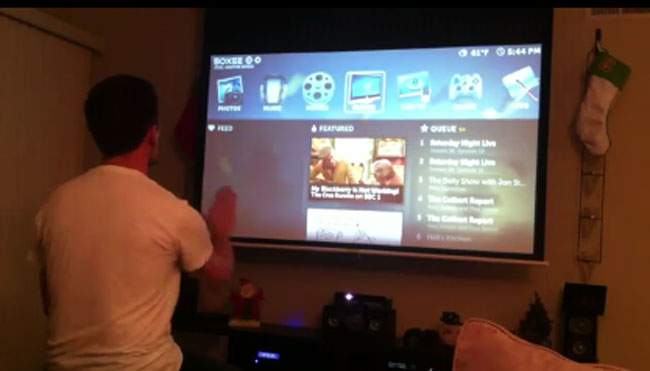 So far few of the hacks for Kinect I have seen were anything I would want to try. If I had a Boxee device I would be trying this latest hack though. A couple dudes named John Simons and Joel Griffin Dodd have made a hack called KinEmote that allows the users of a Boxee or XBMC media portal to use the Kinect or any other OpenNI camera that for gesture controls.

The controls using the Kinect allow you to have full control over all functions of the media player. The coolest part is that you can download the software to do this yourself right now thanks to these two guys. Check out the video below to see it in action.