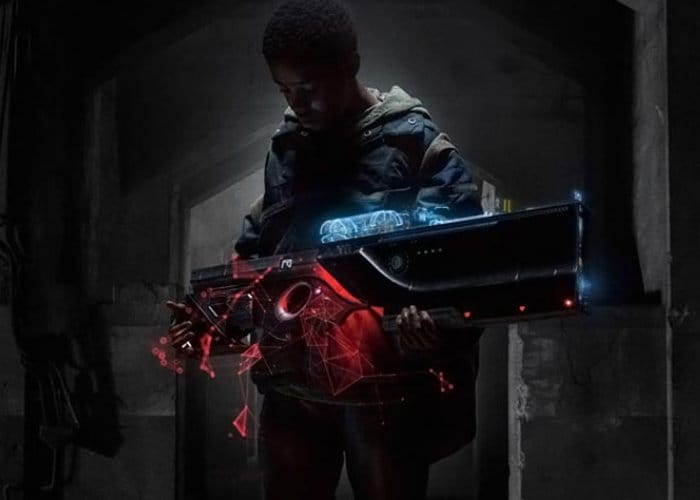 A new trailer has been released this week for KIN a new science fiction crime thriller which will be premiering in theatres worldwide in a few months time from August 31st, 2018 onwards. KIN Stars Jack Reynor, Myles Truitt, Zoë Kravitz, Dennis Quaid, Carrie Coon, and James Franco. To whet your appetite and learn more about what you can expect from the storyline and characters check out the official trailer embedded below.

“KIN, a pulse-pounding crime thriller with a sci-fi twist, is the story of an unexpected hero destined for greatness. Chased by a vengeful criminal (James Franco) and a gang of otherworldly soldiers, a recently released ex-con (Jack Reynor) and his adopted teenage brother (Myles Truitt) are forced to go on the run with a weapon of mysterious origin as their only protection”.

KIN has been directed by Jonathan Baker and Josh Baker and will be distributed by Lionsgate Films. As soon as more information and trailers are released we will keep you up-to-date as always.