Popular crowd funding platform Kickstarter has announced that they have now hit more than $1 billion in pledges since the service launched back in April of 2009.

5.7 million people from 224 countries around the world have pledged over $1 billion for various projects, with the US being the top contributor with over $663 million in pledges. 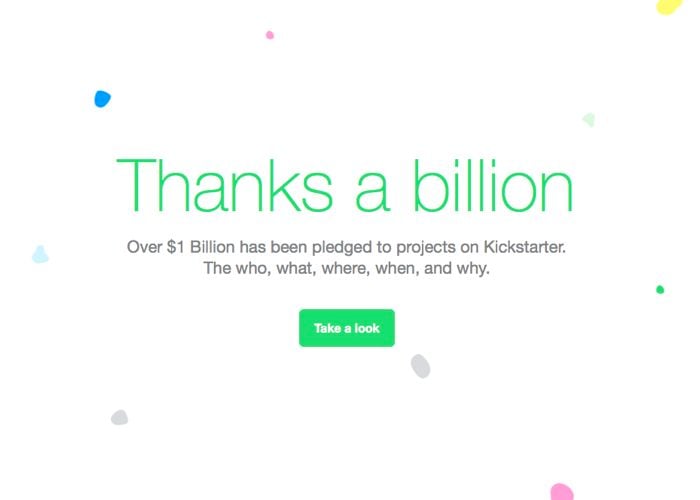 The company also revealed that out of the $1 billion pledges, more than half of the pledges were made in the last twelve months.

$1 billion in pledges certainly is impressive, and we have seen some great products produced via Kickstarter which may not have been produced if the service had not been available, you can find out more details over at Kickstarter at the link below.

Source Kickstarter, The Next Web