But wait, it’s still a prototype. The Dyson Award finalist for 2010 is the work of Justine Smith, who was inspired by her father’s struggle with back aches. Thanks to the awful chairs that are commonly used in offices and other work places, prolonged sitting has caused so much misery. Since all of us have back aches at some point, all of us can benefit from the Spinovo, which loosely translates as “new spine.” 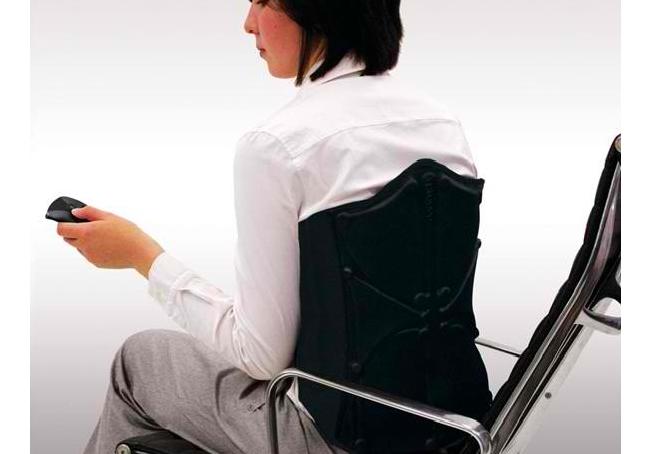 The whole point of the corset like Spinovo, which is powered by twin polymer lithium ion batteries, is to massage the nerves and muscles of the back with a small non-threatening electric current. By doing this it alleviates the strain caused by our posture and the pressure of sitting against a hard surface.

As concepts go, there’s no word on when the Spinova will ever be put in production. If it does, it would make a big deal if it were marketed in a more fashionable exterior that won’t bulk up the clothes worn over it.