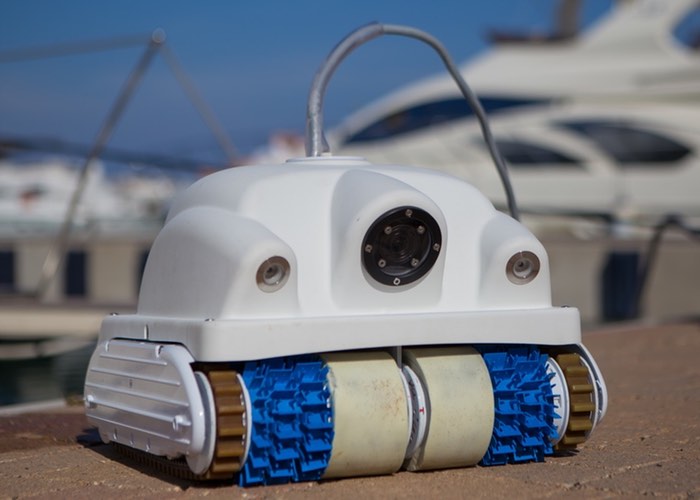 Boat owners who would like to be able to examine their boats hull whilst it is still in the water, may be interested in a new underwater drone which has been created by Fabio Terzaghi called the Keelcrab.

Keelcrab has been specifically designed for hull cleaning inspection and can be used on sailing boats, motor boats, yachts and maxi yacht of any size. Check out the video below to learn more about its design and functionality.

Terzaghi the creator of Keelcrab has taken to the Kickstarter crowdfunding website to raise the €75,000 he requires to take the concept into production.

The vacuum / aspiration force is generated by a central impeller or turbine (propeller), driven by an brushless motor, which performs the dual function of keeping the robot attached to the hull and removing algae formed thereunder. The movement is driven by rubber brushes on tracks that allow movements in all directions. Designed mainly for cleaning the hull of sailing boats (of any size), yachts and maxi yachts, with a particularly pleasing result at the waterline and on the planing parts.

It has been developed to be a user-friendly drone and as such it can be commanded by anyone on his own in order to perform the hull cleaning . This is made possible thanks to a remote control device with display and to a IP68 video camera with LED lights installed on the drone. By looking at the screen you are able to maneuver your Keelcrab through simple directional buttons on the remote control as well as to monitor and check the conditions of your hull on the same time.

For more information on the new Keelcrab jump over to the Kickstarter website for details by following the link below.