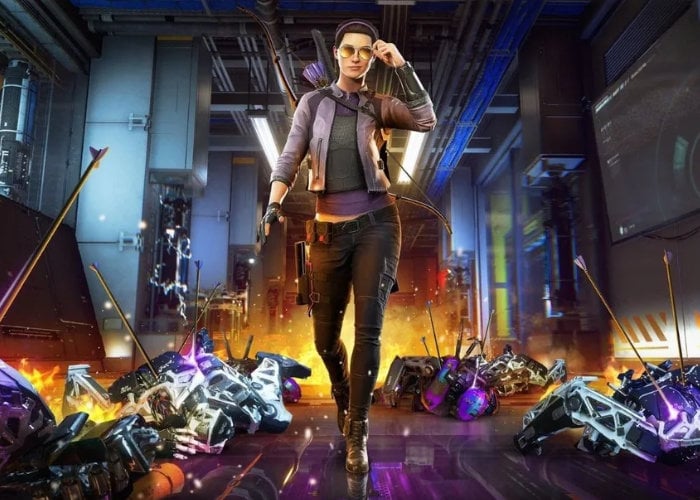 Marvel’s Avengers players will be pleased to learn that Kate Bishop will be joining the team and will be playable from December 8th, 2020. Aid Kate’s search for Nick Fury and her former mentor, she discovers AIM’s twisted new experiment and vows to stop it. After Kate’s story comes Clint’s story, both of which are intertwined with each other and each pieces of a larger puzzle. You’ll be able to play Clint Barton in early 2021. 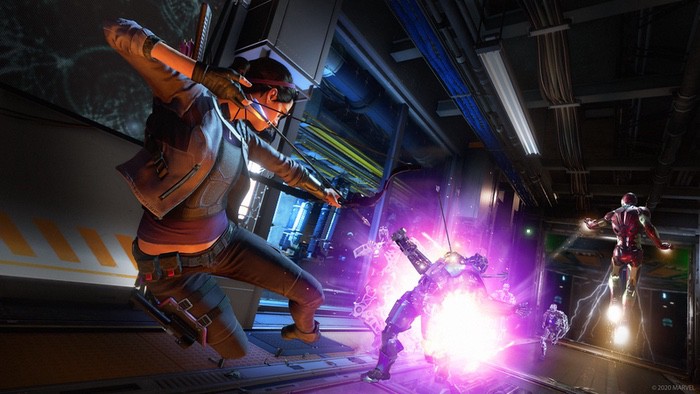 “Kate Bishop is a world-class archer, adept swordswoman, and master of sarcasm and snark. As Clint Barton’s protégé who, like him, possesses no superhuman powers, she boasts an impressive skillset that has her able to stand toe-to-toe with the Avengers in protecting the world — a duty that the conscientious Kate takes very seriously. Kate Bishop’s first comics appearance was in Young Avengers (2005) #1 before starring in her own series Hawkeye (2016) #1 – the latter’s cover is an inspiration for one of Kate’s in-game outfits! We wanted to stay true to what made us fall in love with her in the comics, but also tell our own story.”

Playing as Kate means performing a battlefield dance where you’re never in one place for long. She’s equipped with repurposed AIM tech that uses quantum energy to power her rapid movements around her enemies. Her intrinsic attacks teleport her around enemies and deal increased sword damage. Her Blink skills lets her double jump, air dash, and traverse ledges via short-range teleportation. Kate can also parry enemies with Quantum Shift, which teleports her away from the attack to return and strike from behind. After all, using AIM’s own technology against them is a total Kate thing to do. 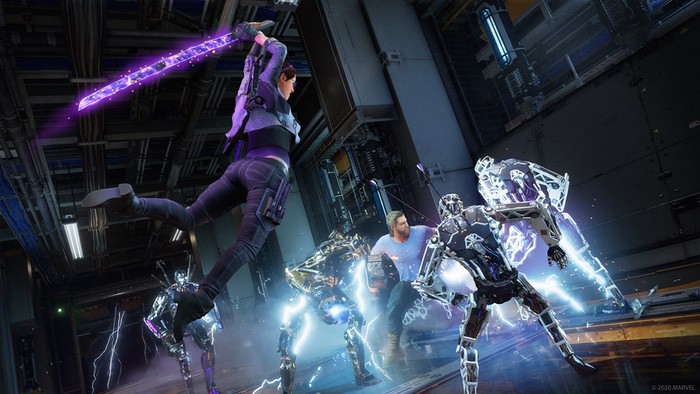 Kate’s Heroics are all her own, and we wanted to be sure that they authentically reflected her personality. Decoy is Kate’s Support Heroic: it spawns a hologram replica of her that shoots arrows of quantum energy at targets to distract them. If you want to take the deception to another level, use After Image, an upgrade that lets you swap places with the decoy, and Self-Destruct remote detonates the decoy to trigger a large burst of quantum damage. Double the trouble! Her Assault Heroic, Warp Arrow, allows her to teleport over long distances while triggering a large quantum explosion that lifts enemies into the air on her arrival. Worm Hole is an upgrade option for Warp Arrow that creates portals which allies can use to quickly teleport across the battlefield to join Kate. Quantum Overdrive is her Ultimate Heroic, which provides unlimited intrinsic energy, empowering her bow so she can fire quantum energy arrows with explosive results. We can’t wait to see how everyone customizes Kate’s kit!”

For more information about the new arrival jump over to the official PlayStation blog by following the link below.