If you are in the market for a Google Glass style wearable computer you might be interested in this new device created by researchers at the Korean Advanced Institute of Science and Technology called K-Glass.

The K-Glass wearable computer is equipped with a 65nm augmented reality chip which apparently allows it to be 76 percent more energy efficient when compared to other wearable devices that are currently on the market. Allowing the K-Glass to be worn all day. 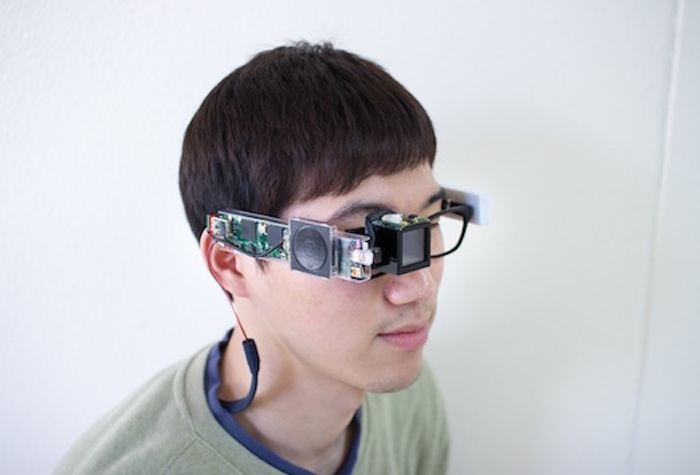 The K-Glass is capable of delivering 1.22 TOPS (tera-operations per second) peak performance at 250 MHz, using on 778mW on a 1.2V power supply says its creators. Hoi-Jun Yoo, the professor behind the project explains a littler more :

“HMDs will become the next mobile device, eventually taking over smartphones. Their markets have been growing fast, and it’s really a matter of time before mobile users will eventually embrace an optical see-through HMD as part of their daily use,”

“Through augmented reality, we will have richer, deeper, and more powerful reality in all aspects of our life from education, business, and entertainment to art and culture.”