A new device called Juke has been launched on the Kickstarter website this week which has been designed to transform your smartphone into a portable Karaoke machine.

Juke is equipped with a Bluetooth microphone that can be pushed directly into the smartphone headphone jack and has also been designed to connect to your existing home stereo or stand-alone speakers. Watch the video after the jump to learn more about the Juke project and see it in action. 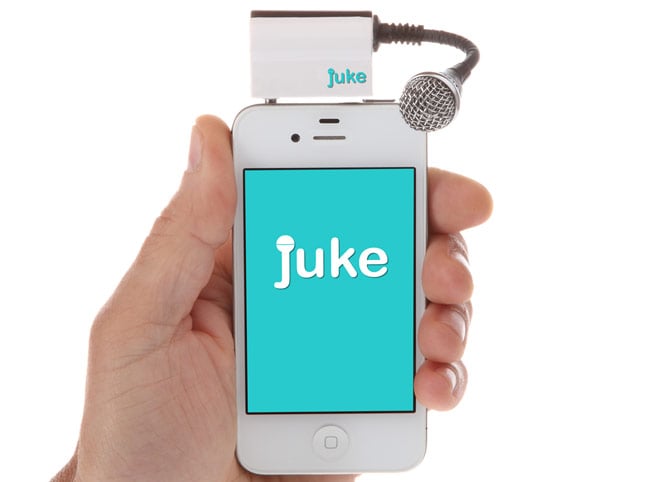 Juke has an internal rechargeable battery, that can provide up to 8 hours of play on a single charge and can be plugged into the grid for continuous playback. The Bluetooth 2.0 support offers connectivity up to 33 ft from the source.

“Juke: the first complete and wireless singing device using your smartphone. Stream and cache your songs for free from internet.”