A company called JForce from Japan has an interesting new flash drive with 4 GB of storage inside. One end the flash drive has a standard USB plug and on the other is a microUSB plug. The drive will connect to Android tablets and smartphones for moving data around. 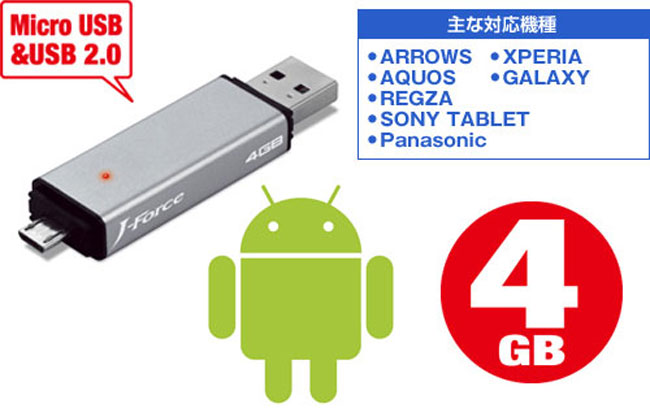 Power consumption for the flash drive is 250mA max so it won’t drain your battery too badly. The flash drive isn’t particularly fast at 50MB/s but if you really want to get data to and from your smartphone or tablet, you might not mind.

The drive apparently supports some Android devices from Sony, Panasonic, Samsung, Sony, and others. It’s important to note that out of devices from those companies are only 10 smartphones and five tablets are listed that this flash drive will work with. It sells for $24 and is available in Japan.