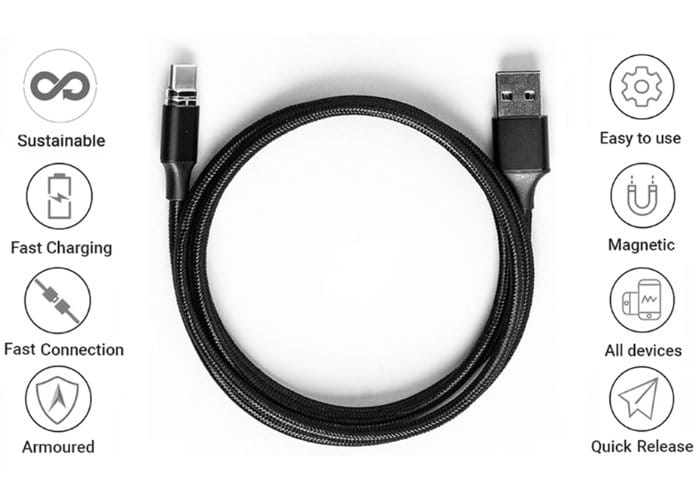 If you are searching for a charging cable guaranteed to last and function whatever you may throw at it, you may be interested in the new Jet Cable created by a the development team at JetCo based in London. The charging cable is the world’s first1st to be fitted with Kevlabraid offering an armoured charging cable that also offers a magnetic connection, fast charging and more.

Watch the demonstration video below to learn more about the armoured Jet cable which is this week launched via Kickstarter and is now available to back with early bird pledges available from just £17 or $25. Offering a massive 50 percent saving off the recommended retail price which will take effect once the crowdfunding campaign concludes.

“We have tested the technology on prototypes and consulted with all factories to make sure the mass production as possible. We calculated the margin that will allow as to fulfil the orders with no risk even in worst case scenario when GBP drops 10-15% to USD. The margin is enough to cover all the extra expenses of the project such as travelling of the team to production facilities if required.”

To learn more about the rugged superstring charging cable jump over to the official Kickstarter crowdfunding campaign page by following the link below. If all goes well worldwide shipping is expected to take place during October 2018. “JET Cable – World’s first Armoured phone cable for all devices.”