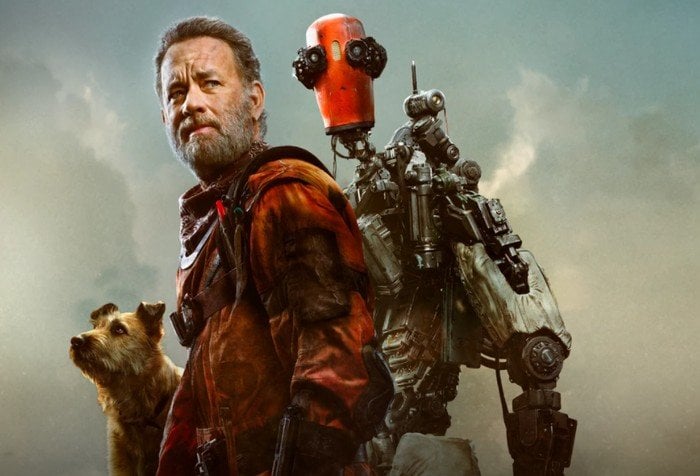 If you have already seen the Apple TV exclusive Finch movie starring Tom Hanks, you may be interested in this behind-the-scenes look at how the robot companion Jeff was created using a mix of props, special effects and CGI. Enabling actor Caleb Landry Jones to act out the role of Jeff together with Tom Hanks in the post-apocalyptic science fiction drama film directed by Miguel Sapochnik from a spec script written by Craig Luck and Ivor Powell.

“See how Caleb Landry Jones and a team of engineers, animators, and puppeteers were able to bring a powerfully human performance to artificial intelligence in Finch. Stream Finch on Apple TV+. Tom Hanks is Finch, a man who embarks on a moving and powerful journey to find a new home for his unlikely family—his beloved dog and a newly created robot—in a dangerous and ravaged world”

“Ten years have passed since a solar flare destroyed the ozone layer, turning the planet Earth into a largely uninhabitable wasteland ravaged by extreme weather events while being scorched by the sun’s ultraviolet rays, increasing temperatures to 150 degrees Fahrenheit (70 degrees Celsius). One of the few survivors, robotics engineer Finch Weinberg, lives alone with his dog Goodyear and a helper-robot Dewey in an underground St. Louis laboratory once owned by the company he worked for before the cataclysm. Finch only ventures outside to search for supplies wearing a protective suit.”