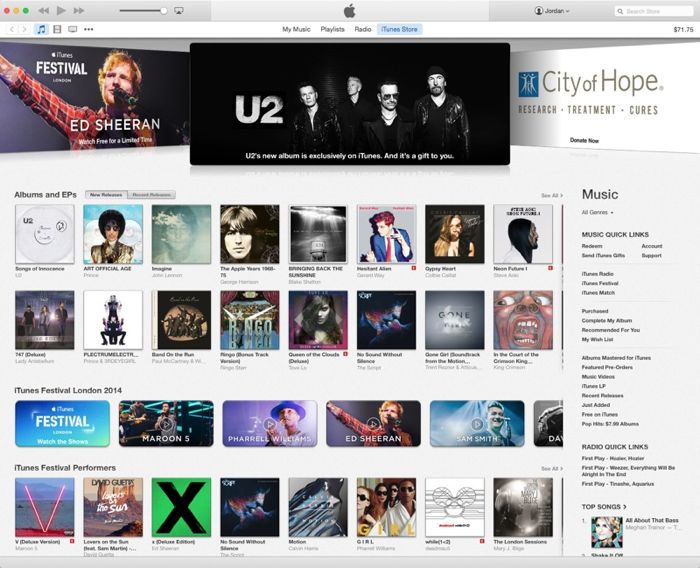 If you are a developer or one of the beta testers of Apple’s new OS X Yosemite, Apple has now released a new beta version of iTunes, in the form of iTunes 12 beta.

The latest iTunes 12 beta comes with a new design and a range of new features, which include many of the features that will be available when Yosemite launches.

Some of the new features in the new iTunes 12 beta including support for family sharing, plus a new top icon bar in preferences, that features an iOS style design.

Other new features in the latest iTunes 12 beta include improved playlists, a new information window, and more. We are expecting Apple to release OS X Yosemite some time this month.

Apple are rumored to be holding an iPad press event later this month, where the company will announce the new iPad Air 2 and iPad Mini 3, we are expecting to find out the release date of OS X Yosemite at this event.

As well as new iPads, we may also see a new Apple TV, a new Mac Mini and also possibly a new range of Apple iMac’s with Retina display.