IK Multimedia has started shipping its new iRig Mix, the first mixer designed specifically for iOS devices, such as Apple’s iPad, iPhone and iPod. iRig Mix has been designed to be an ultra compact DJ and audio mixer, which works with the DJ Rig, AmpliTube, VocaLive, GrooveMaker and other iOS DJ applications. 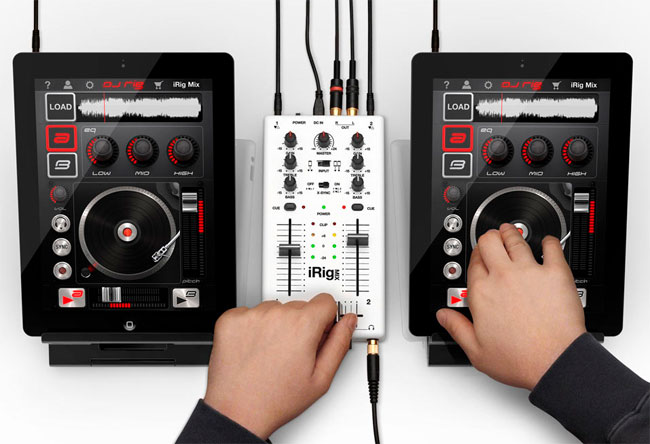 The new IK Multimedia iRig Mix is equipped with full EQ adjustment, crossfader, headphone cue and a mic input, and allows you to record your creations if needed and share them with friends, publish or distribute. Enabling you to either have dual iOS devices connected or simply one, as required. IK Multimedia explains:

“This flexibility, combined with iRig MIX’s portability gives aspiring and pro DJs a compact system that can be used everywhere… anytime. House parties or in the yard, after-parties, and impromptu dances are perfect environments for the iRig MIX. Planes, trains and automobiles used to mean that your DJ gear was inaccessible and unusable. Now, no matter where you are or where you are going, you can mix and rehearse sets.”

The IK Multimedia iRig Mix is now available to purchase for around $100.