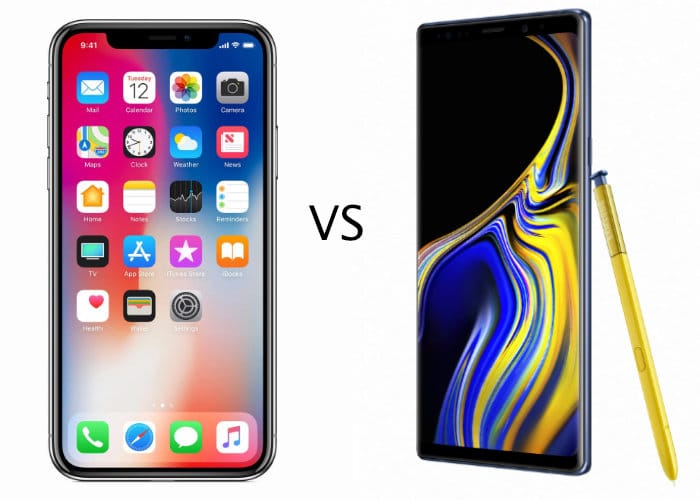 Even though the Samsung Note 9 has launched nearly 12 months later than the Apple iPhone X benchmarks are revealing that the iPhone X beats the Galaxy Note 9 performance testing. To recap the new Samsung Galaxy Note 9 smartphone is equipped with a Qualcomm Snapdragon 845 processor. The same CPU use by Samsung in the previously released Galaxy S9 and S9+ smartphones. Also like the S9, the new Note 9 sports 6GB of RAM, or 8GB when purchasing the top-tier model with 512GB of onboard storage. 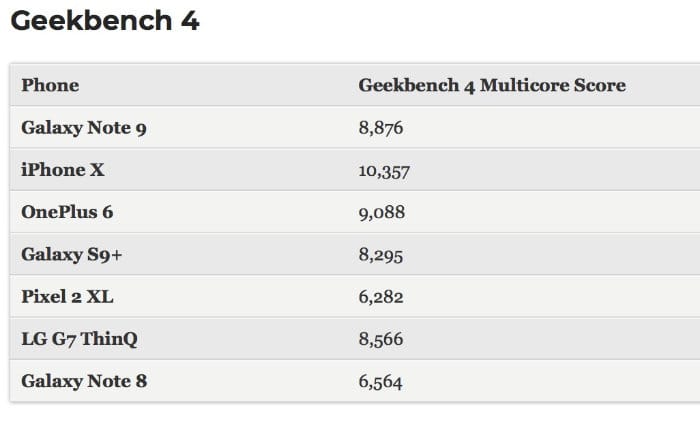 Interestingly Tom’s Guide ran a series of benchmarks and compared the results with past performances logged by competing Android handsets, as well as Apple’s iPhone X. Using Geekbench 4 benchmarking, the Note 9 managed a multi-core score of 8,876 while the iPhone X with 3GB of RAM, outperformed all comers with a multi-core score of 10,357. During the 3DMark Slingshot Extreme 3.1 tests the Note 9 scored 4,639 vs iPhone X scoring 4,994. 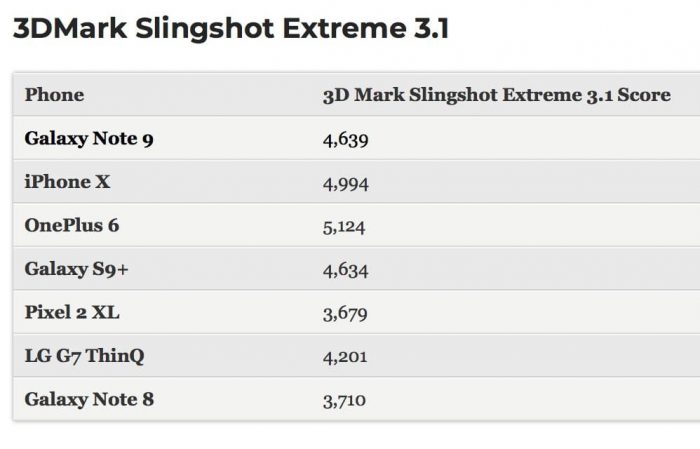 Apple Insider writes : “The Note 9 managed a multi-core score of 8,876, a more than 2,300 point improvement over last year’s Note 8. The 6.4-inch phablet also outperformed its Galaxy S9+ counterpart, which put in a score of 8,295, making it the fastest Samsung handset available today. OnePlus’ eponymous OnePlus 6, which comes toting 8GB of RAM, was the only Android device to turn in higher marks with a score of 9,088.”

The benchmarks are to be expected as Samsung still using a fairly old Snapdragon processor in its flagship smartphone which is already behind iPhone devices launched nearly 12 months ago. Next month Apple is expected to announce its latest range of iPhone smartphones which are expected to be even faster than the iPhone X. For more information and specifications on the benchmarking carried out to compare the two smartphones jump over to the Apple Insider website and Tom’s Guide via the links below.