Security expert Charlie Miller who has allegedly found an SMS-based security hole on the Apple iPhone which will allow potential harmful code to execute. Millar claims to informed Apple of the problem over a month ago but now says he will reveal the details of it at Black Hat which is this week. 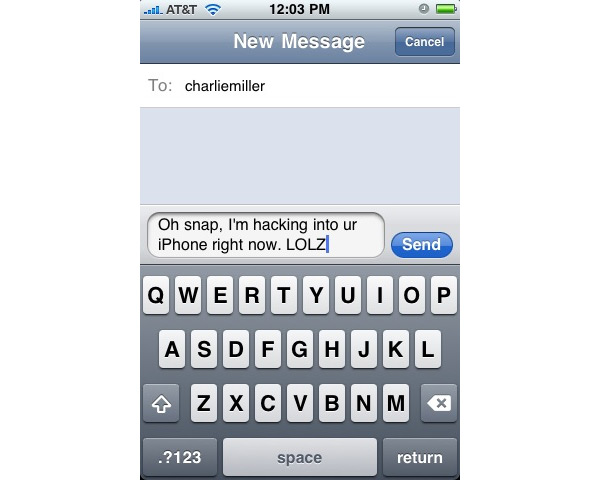 Mr. Miller disclosed a hole that would let attackers :

“run software code on the phone that is sent by SMS over a mobile operator’s network in order to monitor the location of the phone using GPS, turn on the phone’s microphone to eavesdrop on conversations, or make the phone join a distributed denial of service attack or a botnet.”

If the threat is as serious as Miller is claiming an Apple need to find a fix before 3.1 is dropped