Apple [AAPL] has updated its iPhone OS to the latest version, iPhone OS 3.1.2, which is designed to fix a range of bugs.

The bug fixes include a fix which resolves sporadic issue that may cause the iPhone to not wake from sleep, and intermittent issue that may interrupt cellular services until restart, and a bug that could cause an occasional crash during video streaming. 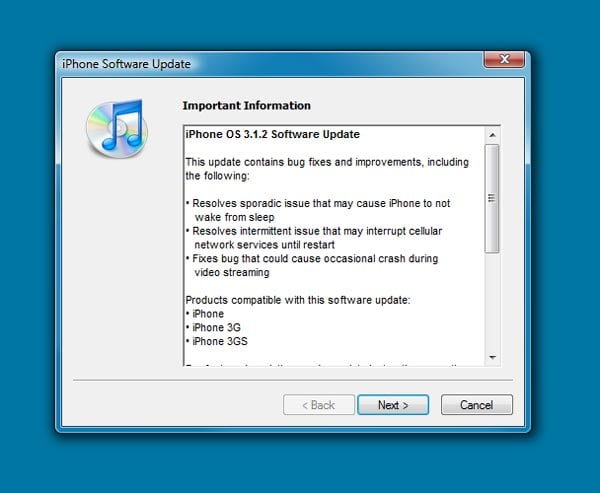 It is not clear as yet whether the update will fix the battery problems than many iPhone users have experienced since they upgraded to 3.1.

If you are using a jailbroken iPhone, you might want to before upgrading until there is an update that will jailbreak the latest version.

The iPhone OS 3.1.2 is available now from iTunes.