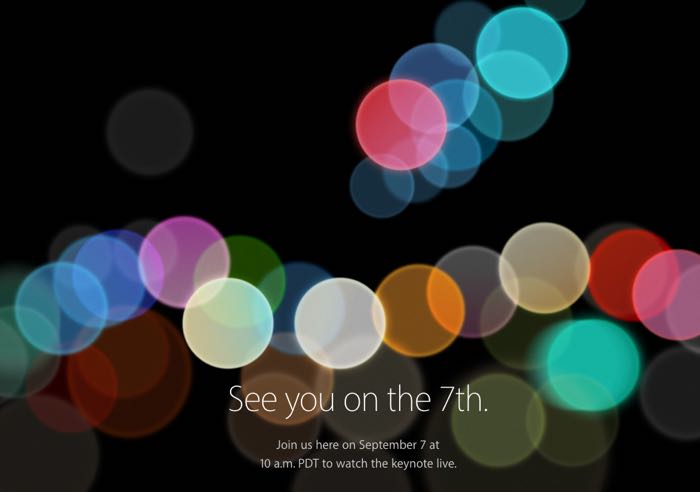 Apple has sent out press invites for their iPhone 7 and iPhone 7 Plus event, it takes place on Wednesday the 7th of September.

The iPhone 7 event is being held at 10 a.m. PDT on the 7th of September at the Graham Civic Auditorium in San Francisco.

Apple will also live stream the event on their website, you will need a Mac, Apple TV or iOS device running Safari to watch the event.

We have heard a lot about the new iPhone over the last few weeks, the handsets will get a number of upgrades over the current models  but will have a very similar design to the iPhone 6S and iPhone 6S Plus.

The upgrades will include a new Apple A10 processor and more RAM, the handsets are expected to come with 3GB of RAM. Apple are also expected to introduce a new 256GB storage version of the iPhone and rumors suggest that the entry level model will switch from 16GB to 32GB.

We will have more details about Apple’s new iPhones when they are made official at Apple’s press event next week.