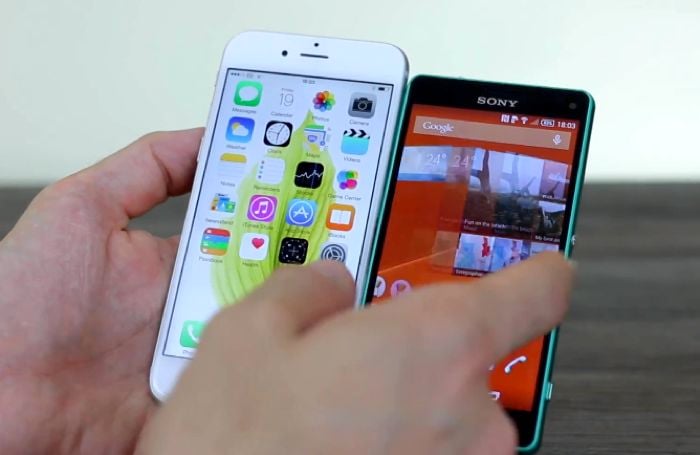 We have seen various videos featuring the new iPhone 6, and now we have one comparing the iPhone 6 vs Sony Xperia Z3 compact.

The iPhone 6 features a 64-bit Apple A8 processor and 1GB of RAM, the Sony Xperia Z3 Compact comes with a quad core 2.5GHz processor and 2GB of RAM.

The iPhone 6 is the more expensive of the two handsets, the entry level 16GB model will set you back £539, and the Sony Xperia Z3 Compact with 16GB of built in storage will set you back £429. Both these prices are for the unlocked versions of the handsets without any contract.