Over the weekend images of a gold edition iPhone 5S smartphone have surfaced, via the MacBoutic website which has revealed the images, that definitely take a step away for the current black and white options which Apple offers for its iPhone 5 smartphone.

As you can expected Apple has not confirmed the existence of a gold finish iPhone 5S and I would take a rather large pinch of salt with the rumour that hey will be offering one, however anything can happen. 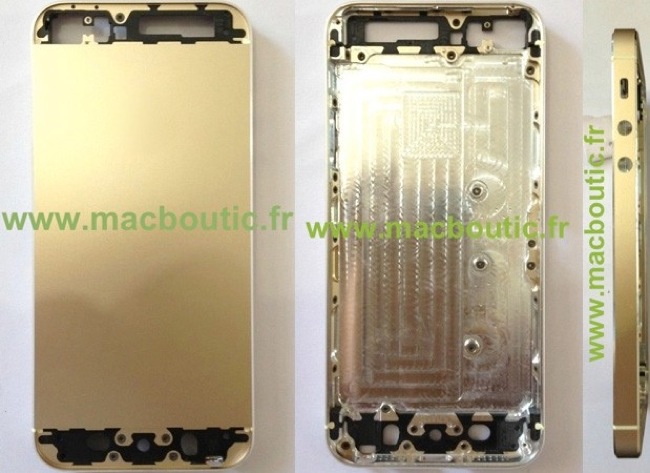 However the images do show what the possible internal layout of the new Apple iPhone 5S might look like and even though MacBoutic has erased all logos for the images, the photos reveal that the case doesn’t look very much like an aftermarket project as the gold finish extends into normally inaccessible parts of the iPhone 5S.

However we are sure everything will be revealed in Apple’s expected iPhone and iPad announcement that has been announced by Apple will take place on September 10th 2013. As always we will keep you updated on announcements.