Last week we told you that Apple would be releasing the iPhone 5 on the 21st of September with pre-orders of the handset starting on Friday the 14th of September.

Apple has now officially announced the iPhone 5 and these dates are now the official dates from Apple, the iPhone 5 will go up for pre-order this Friday the 14th of September and will be available in stores and online from Friday the 21st of September. 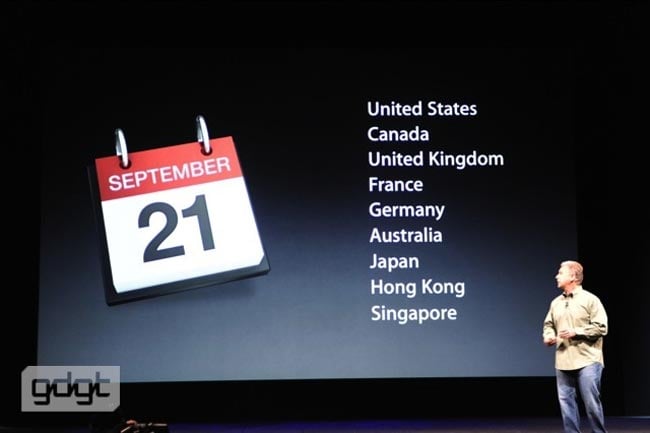 The iPhone 5 will be available in the US, Canada, the UK, France, Germany, Australia, Japan, Hong Kong and Singapore from Friday the 21st of September.

It will also be rolled out to a number of other European countries the following week on the 28th of September and will be available in a total of 100 countries with 240 carriers by the end of the year.