We have already seen some evidence that the new iPhone 5 will feature built in NFC capabilities, then we heard that Apple was looking for an NFC engineer for the iPhone 5 and iPad 2.

Now the guys over at Patently Apple have uncovered another iPhone patent that leads us to belive that the new iPhone 5 will feature NFC, as you can see in the photo below. 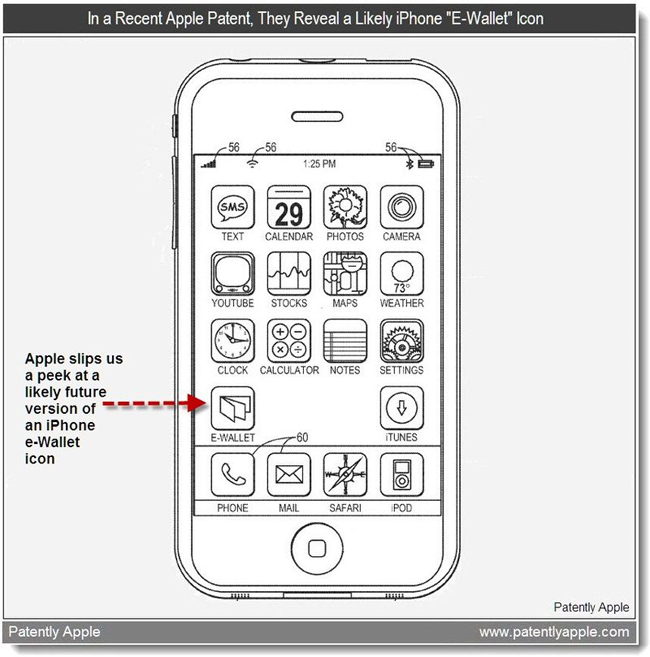 A recent Apple patent revealed a likely Future version of the iPhone’s forthcoming e-Wallet icon. There’s nothing like getting a peek of the future is there? Of course Apple could be teasing us and change the icon at the last moment.

We suspect that the iPhone 5 will come with NFC built in as we have already heard that Apple are currently working on their new NFC payment system.