We seem to recall there’s at least one Samsung handset that looks quite a bit like the iPhone 4. Which may mean another reason for Samsung to worry about the outcome of its current trial with Apple, despite its 5.7 billion reasons not to, because the US Patent Office pretty much made Cupertino’s day. 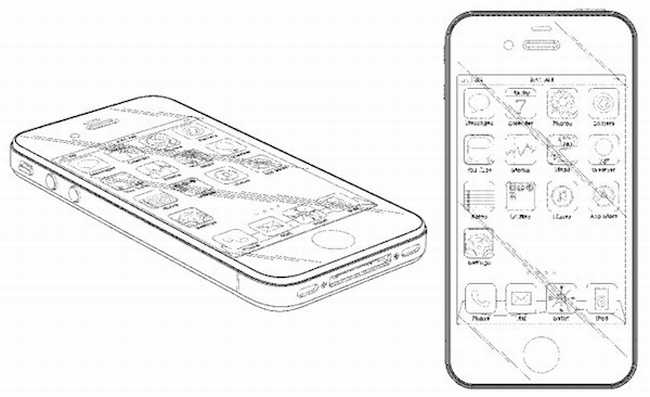 Apple just won itself a patent for “ornamental design for an electronic device with graphical user interface”, big round of applause everybody. There were also a couple related to iTunes, Apple TV, and a “touch screen RFID tag reader,” whatever that means, but it’s the big dog that warrants Steve’s celebratory bowl of miso soup. What’s more interesting is that they also just got the patent for the 2007 iPod touch, despite the iPhone 4 patent only taking a year to come through. Who knew that leaving your device in a bar was a fast track through the patent office?