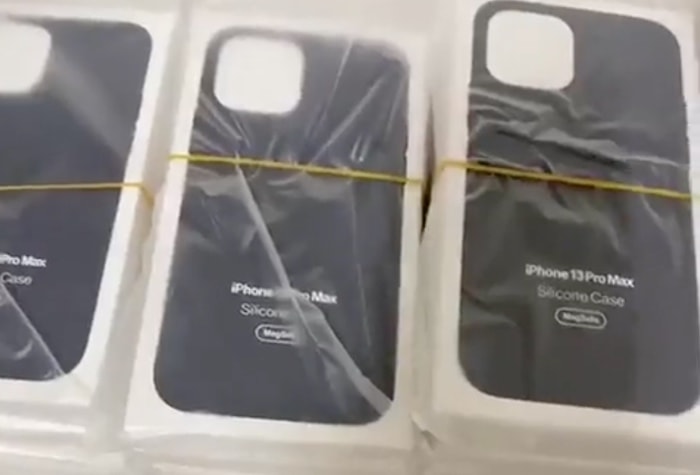 It looks like what appears to be a new official case for Apples’ iPhone 13 Pro Max smartphone has been leaked, the case was shown off in a video on Twitter.

The case can be seen in the photo above and also in the video in the tweet below, the original tweet and original video has apparently been taken down.

As we can see from the video there are a number of cases for the new iPhone 13 Pro feature in the video, the cases have the wording Silicon MagSafe on the back. This confirms the iPhone 13 name for this years iPhones.

All four handsets will get the new Apple A15 Bionic processor which will be more powerful and also more efficient. The devices will come with larger batteries so this should give the handsets improved battery life when combines with the new more efficient processor.

The design of the handsets is also expected to change slightly, there will be a smaller notch on the front of the new iPhones when compared to the current line up.

Apple are expected to launch their new iPhones this month, as yet we do not have an exact release date, we suspect they could be made official at an event next week.