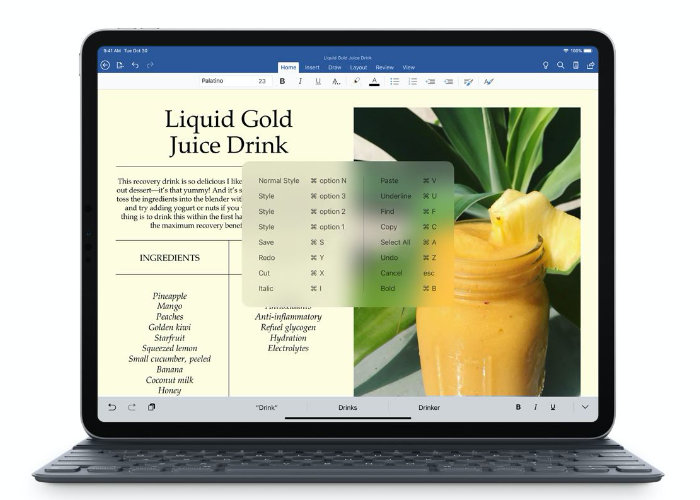 Microsoft has this week announced a new feature it is rolled out to its iOS Office application enabling iPad users to benefit from increased productivity by opening multiple windows. The feature is available to any iPad running iOS 13 and above and enables users to open multiple documents in Word and PowerPoint within iOS. Microsoft explains a little more about the new multiple document support within iOS.

“Take advantage of the larger screen on your iPad with the new multi-window support in Word and PowerPoint. Open and work on two documents or presentations side-by-side. You can access this feature a few ways.”

– Touch, hold, and drag a file from the Recent, Shared, and Open file list in the app to the iPad screen edge to open it side-by-side.
– In Word or PowerPoint, swipe up from the bottom of the screen and open the dock. Then touch and hold the same app’s icon and drag it off the dock to the left or right edge of the screen. Then tap the document to open it.
– In Word or PowerPoint, access the Recent, Shared, and Open views in the app start screen, tap the “…” menu for a file in the list, then tap Open in New Window.