With the launch of the Apple iPad just 24 hours away, things are hotting up for Apple’s new device, we have already seen people queuing up for the new iPad, and now it seems that a number of iPad applications are already available in the app store.

There are quite a few different applications already available in the app store, and more will probably be added today ready for Saturday’s launch. 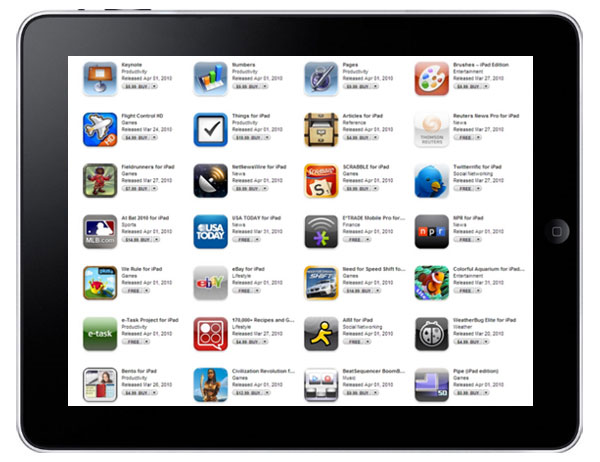 It will be interesting to see how many iPad specific applications are released over the coming months, I wonder if we will see as many iPad applications as there are iPhone apps in the next couple of years.