According to the guys from iLounge, they have apparently seen what is reported to be the next generation iPad that is expected to launch in March of this year, the iPad 3.

And if this turns out to be the actual iPad 3 it will feature a very similar design to Apple’s existing iPad 2 with only a few minor cosmetic changes on the outside, which may include a slightly thicker device, possibly 1mm thicker than the existing iPad 2. 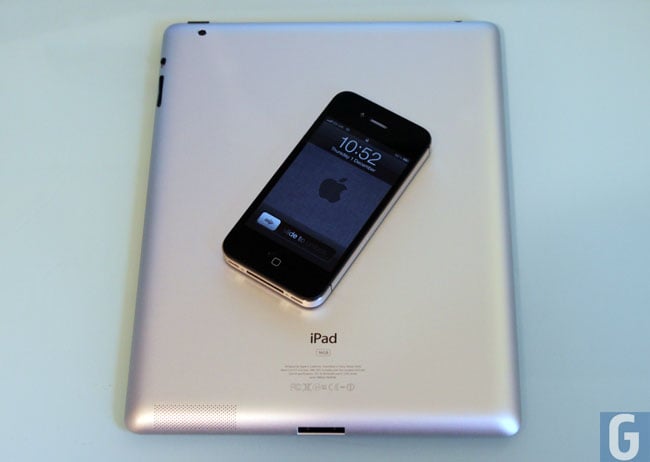 The iPad 3 is also reported to feature a new camera, and according to the report it looks very similar to that of the iPhone 4S, the major changes will be a higher resolution display and probably a new processor inside the device, the A6 which we have heard about previously.

This strategy has worked very well for Apple with the iPhone range, as the company now sells the iPhone 3GS as an entry level model, the iPhone 4 as the mid range model and the iPhone 4S as their high end model, and it would make sense for them to follow the same pattern with the iPad.